We want to explain what is POLENTA to British!

Polenta (Polente or  in France) is an Italian dish made by boiling cornmeal into a thick, solidified porridge, and directly consumed afterwards or baked, fried or grilled. The term is of Italian origin, derived from the Latin for hulled and crushed grain (especially barley-meal). Its etymology derives from the same base as the word "pollen".
As it is known today, polenta derives from earlier forms of grain (known as  or  in Latin or more commonly as gruel or porridge), commonly eaten since Roman times. Before the introduction of corn from the New World in the 16th century, polenta was made with such starchy ingredients as , chestnut flour, millet, spelt, or chickpeas.
Polenta has a creamy texture due to the gelatinization of starch in the grain. However, its consistency may not be completely homogeneous if a coarse grind or hard grain such as flint corn is used.
Historically, polenta was served as a peasant food in North America and Europe. The reliance on maize, which lacks readily accessible niacin unless cooked with alkali to release it, as a staple caused outbreaks of pellagra throughout the American South and much of Europe until the 20th century. In the 1940s and 1950s, polenta was often eaten with salted anchovy or herring, sometimes topped with sauces.
Polenta is cooked by simmering in a water-based liquid, with other ingredients or eaten with them once cooked. It is often cooked in a large copper pot, known in Italian as a pillow. Polenta is known to be a native dish of and to have originated from Friuli. Boiled polenta may be left to set, then baked, grilled or fried; leftover polenta may be used this way. In the nearby Trieste, it is eaten with a cuttlefish and tomato broth in the Venetian tradition, with sausage following Austrian influence or with cooked plums, following an ancient recipe. Some Lombard polenta dishes are polenta taragna (which includes buckwheat flour), polenta , polenta concia, polenta e gorgonzola, and  e polenta; all are cooked with various cheeses and butter, except the last one, which is cooked with fish Lake of Como. It can also be cooked with porcini mushrooms, rapini, or other vegetables or meats, such as small songbirds in the case of the Venetian and Lombard dish polenta e . In some areas of Veneto, it can be also made of white cornmeal ( , then called polenta ). In some areas of Piedmont, it can be also made of potatoes instead of cornmeal (polenta  as well).
The variety of cereals used is usually yellow maize, but buckwheat, white maize, or mixtures thereof may be used. Coarse grinds make a firm, coarse polenta; finer grinds make a creamy, soft polenta. Polenta takes a lengthy amount of time to cook, typically simmering in four to five times its volume of watery liquid for about 45 minutes with near-constant stirring, necessary for even gelatinization of the starch. Some alternative cooking techniques are meant to speed up the process, or not to require supervision. Quick-cooking (cooked, instant) polenta is widely used and can be prepared in a few minutes; it is considered inferior to cooking polenta from unprocessed cornmeal and not ideal for eating unless baked or fried after simmering. It is also possible to cook polenta in a pressure cooker.
In his book Heat, Bill Buford talks about his experiences as a line cook in Mario Batali's Italian restaurant Babbo. Buford details the differences in taste between instant polenta and slow-cooked polenta, and describes a method of preparation that takes up to three hours, but does not require constant stirring: "polenta, for most of its cooking, is left unattended.... If you don't have to stir it all the time, you can cook it for hours—what does it matter, as long as you're nearby?" Cook's Illustrated magazine has described a method using a microwave oven that reduces cooking time to 12 minutes and requires only a single stirring to prepare 3½ cups of cooked polenta, and in March 2010 presented a , stir-less method, using a pinch of baking soda (adding alkali), which replicates the traditional effect. Kyle Phillips suggested making it in a polenta maker or in a slow cooker.
Cooked polenta can be shaped into balls, patties, or sticks, and then fried in oil, baked, or grilled until golden brown; fried polenta is called crostini polenta or polenta fritta. This type of polenta became particularly popular in southern Brazil following the immigration of northern Italians to the region.
Posted by Unknown at 1:52 PM No comments:

'Amarone della Valpolicella, usually known as Amarone, is a typically rich Italian dry red wine made from the partially dried grapes of the Corvina (45% – 95%, of which up to 50% could be substituted with Corvinone)Rondinella (5% – 30%) and other approved red grape varieties (up to 25%). The wine was assigned Denominazione Origine Controllata (DOC) status in December 1990. On 4 December 2009, Amarone and Recioto della Valpolicella were promoted to the status of Denominazione Origine Controllata e Garantita (DOCG). Total production for sale (including Recioto) in 2008 was 8.57 million bottles. The name Amarone, in Italian, literally means "the Great Bitter"; this was originally to distinguish it from the Recioto produced in the same region, which is sweeter in tasteGrapes are harvested ripe in the first two weeks of October, by carefully choosing bunches having fruits not too close to each other, to let the air flow. Grapes are allowed to dry, traditionally on straw mats. This process is d'appassimento or  (to dry and shrivel) in Italian. This concentrates the remaining sugars and and is similar to the production of French Vin de Paille. The pomace left over from pressing off the Amarone is used in the production of Ripasso Valpolicellas.

Modern Amarone is now produced in special drying chambers under controlled conditions. This approach minimizes the amount of handling of the grapes and helps prevent the onset of Botrytis cinerea. In Amarone, the quality of the grape skin is a primary concern as that component brings the tannins, color and intensity of flavor to the wine. The process of desiccation not only concentrates the juices within the also increases the skin contact of the grapes. The drying process further metabolizes the acids within the grape and creates a polymerization of the tannins in the contribute to the overall balance of the finished wine.
The length of the drying process is typically 120 days, but varies according to producer and the quality of the harvest. The most evident consequence of this process is the loss of weight: 35 to 45% for Corvina grapes, 30 to 40% for Molinara and 27 to 40% for Rondinella. Following drying, end of January/beginning of February, the grapes are crushed and go through a dry low temperature fermentation process which can last up to 30/50 days. The reduced water content can slow down the fermentation process, increasing the risk of spoilage and potential wine faults such as high volatile acidity. After fermentation, the wine is then aged in barriques made from either French, Slovenian or Slavonian oak.
If fermentation is stopped early, the resulting wine will contain residual sugar (more than 4 grams of sugar per ) and produce a sweeter wine known as Recioto della Valpolicella. was the traditional wine produced according to this method, and Amarone originally was Recioto wines that had fermented for too long. Unlike Amarone, Recioto della Valpolicella can also be used to produce a sparkling wine.  is an Italian wine produced when the partially aged Valpolicella is contacted with the pomace of the Amarone. This will typically take place in the spring following the harvest. The resulting wine is more tannic, with a deeper color, more alcohol and more extract. The word Ripasso designates both the winemaking technique and the wine, and is usually found on awine label.
Posted by Unknown at 1:44 PM No comments:

New Award for our 3rd page!! 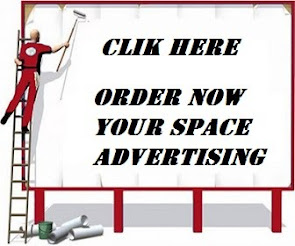 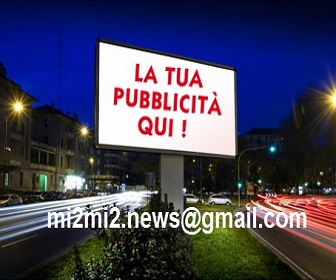 AMAZON IN THE KITCHEN

Translate in other language 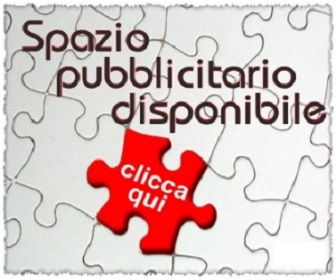 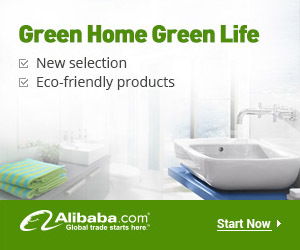 Another Award for INC News

WE ARE ALWAYS BETTER, DAY BY DAY!

From where people follows us